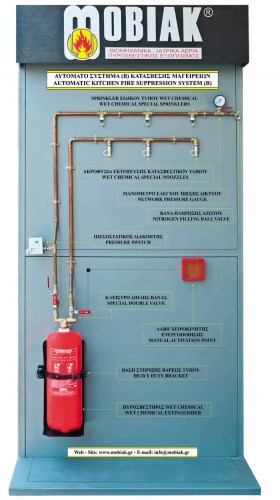 Price above applies for online or phone orders only.

Ask a question about this product

In this case, the manual operation network branch is not pressed by Nitrogen gas. The release of the extinguishing agent is been done simply by opening the ball-valve (right one). This valve is always closed and only in case manual system activation it should be opened completely so that the extinguishing agent can be released and lead to the special type discharge nozzles from where it will be discharged. The interruption of the power supply and LPGPropane is been done through the pressure switch that is installed on the automatic operation network branch. In case of manual system operation, when the extinguishing agent is been released, the pressure inside the fire extinguisher droops gradually. This pressure drop affects the pressure (18Bar) inside the automatic operation network branch which in turn drops gradually. This pressure drop activates the pressure switch which activates the power relay inside the kitchen’s electrical panel. As in automatic operation, the power relay shuts down the electrical power and the LPG-Propane supply to the kitchen selected appliances/devices.

There are yet no reviews for this product.

Back to: Wet Chemical

Your cart has been updated 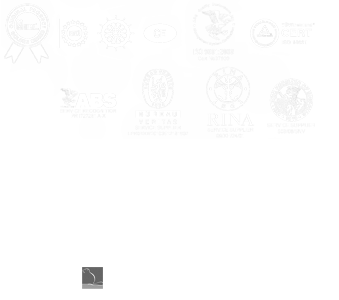